Facebook's Plan for Free Mobile Internet Around the World 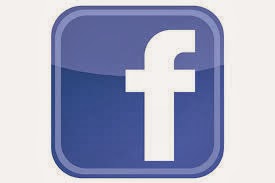 Facebook CEO Mark Zuckerberg outlined a dramatic future for the mobile web this afternoon at Mobile World Congress in Barcelona.

Facebook will partner with between three and five major wireless carriers to provide free, basic mobile phone access to everyone on the planet — with the emphasis on developing countries.
Only about 1 billion of the Earth's 7 billion people have mobile phones currently. But 80% of the rest of the population lives within areas covered by 2G or 3G mobile web access, Zuckerberg said.
The problem is that those people, who have never accessed the web, don't know why it might be useful to them. And they also can't afford the hundreds or thousands of dollars a year it costs in the U.S. and Europe to maintain a phone and its data plan. But they might have a dollar or two to pay for basic access to messages and Facebook.
So Facebook wants  to invest, with a set of wireless carriers, in basic phone access for everyone. The effort is part of his vision for Internet.org, an initiative to bring internet access to everyone in the world. The goal is to bring everyone basic data services – like search, access to the weather, and Facebook – for free. Zuckerberg describes it as "the on-ramp for the Internet."
In the Philippines and Paraguay, for example, Facebook has already partnered with mobile carriers to make Facebook free for anyone with a smart phone. The next step will be to expand from free access to Facebook to free access to other basic Internet services. The idea is that, from there, people will get a taste of how the Internet can help them and change their lives, and they will want to upgrade from the free service to a very affordable service. That's where the benefit is for carriers. The first, free connectivity that they provide will be primarily text data, which is cheap to deliver, and when people realize that they want access to video and streaming, the carriers will be able to sell them plans. Zuckerberg said that he sees carriers offering one-click sign-ups for data plans.
The long-term goal of the initiative is to connect the whole world.
"This model isn't short-term profitable for Facebook. I think we're going to lose money on this for quite a while," Zuckerberg said. "But this is why I started Facebook."