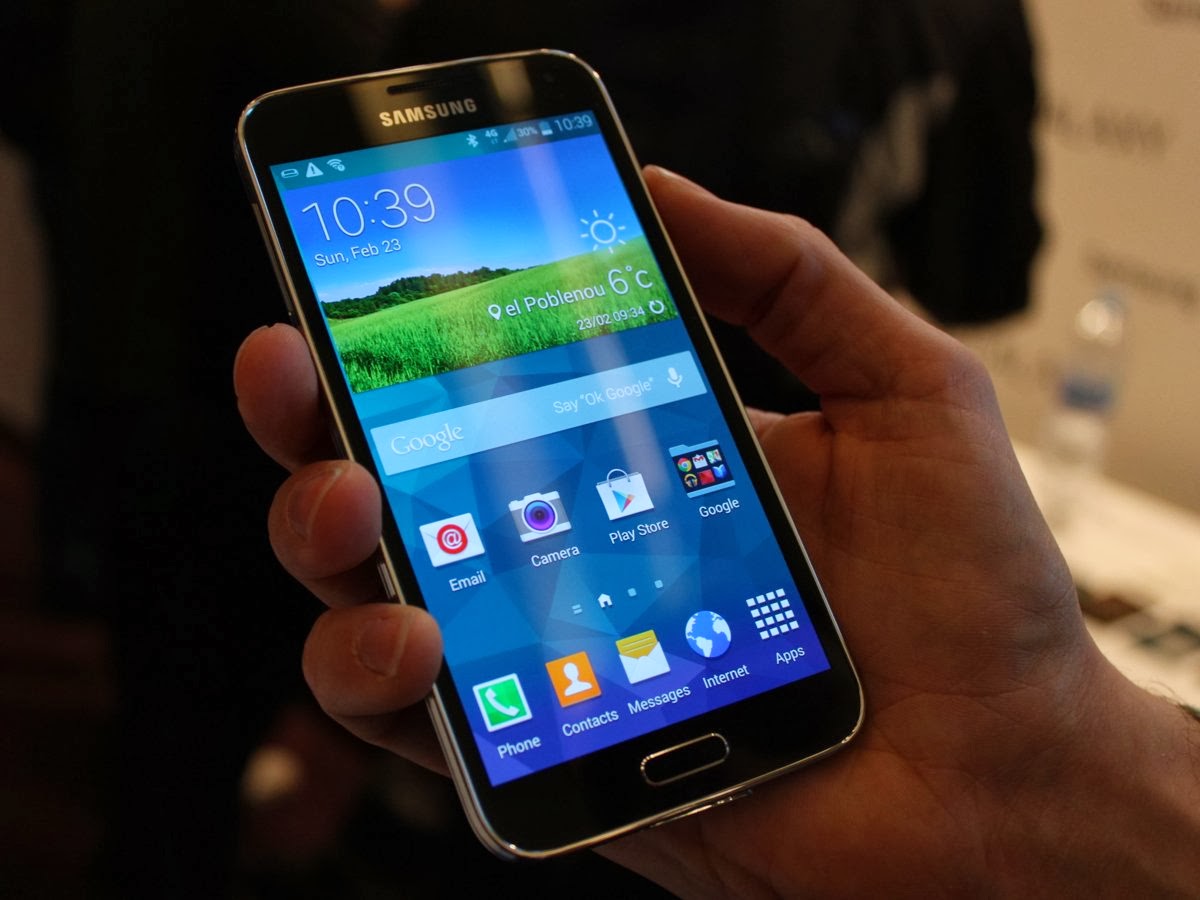 There's a lot to unpack here, so let's break down the most important features before doing a deeper dive:
Unlike last year's Galaxy S4, which seemed to cram in more features than anyone could use (like eye tracking and touchless gestures), Samsung took a more cautious approach with the Galaxy S5, focusing on features that users care about the most like battery life and camera quality.
It's probably a smart move too. Critics panned the Galaxy S4 for being too complex for most users, and it seems like Samsung heard them loud and clear. We spent a limited time with the Galaxy S5 this week prior to Samsung's official unveiling, and on first blush found the phone to be nice upgrade, although we're not crazy about the odd-looking dimpled back cover.
The only gimmicky-sounding feature here seems to be the heart rate monitor, which doesn't make much sense on a smartphone, especially since the Gear watches and Gear Fit can monitor your pulse without going through the effort of launching the app and placing your finger on a scanner.
The Galaxy S5 will launch in the U.S. in April, but pricing and precise availability will be up to the wireless carriers.