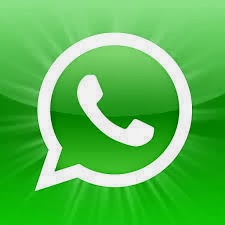 Facebook CEO Mark Zuckerberg got on stage in Barcelona on Monday at the World Mobile Conference show and discussed why he paid so much for WhatsApp, the messaging app that Facebook just bought $19 billion.

The app fits into his master plan to bring the Internet to the two-thirds of the people in the world that don't have it.
He explained that WhatsApp already has almost half a billion users, its users "love it" for messaging and it is one of the "most engaging" apps, with 70% of its users using it every day.
But here's the key reason he spent so much:
"We see WhatsApp on a path to connecting more than 1 billion people. There are very few services that can reach that many and they are all incredibly valuable."
Facebook is one of those companies. It currently has about 1.23 billion users and Zuckerberg says it has a goal to connect another billion people by 2020. Between WhatsApp and Internet.org (his plan to connect the whole world to the mobile Internet), he says, "I hope we can do a lot better than that."
Zuckerberg acknowledges that this is a long term plan and that he doesn't expect WhatsApp to really start making money in the next five years:
"I think by itself WhatsApp is worth more than $19 billion. ... I could be wrong. Maybe this is the one service that gets to a billion users and isn't very valuable.
... It's hard to make the case today, because there's so little revenue compared to that number [$19 billion].
By being part of Facebook, they can focus purely on connecting more people, [instead of] focusing on building its business model. They had already started with their subscription model.
[Now] WhatsApp can focus on connecting 1, 2, 3 billion people.
Facebook still plans to make back the investment. He points to other messaging services, like KakaoTalk and says that these apps are "already monetizing at a level of $1-$3 per user."
But he's clearly feeling no pressure to hurry up and make good on the $19 billion spent on WhatsApp anytime soon.