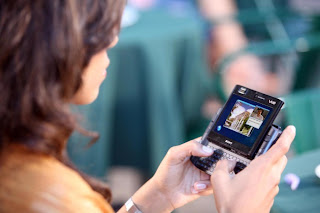 Ericsson, which provides technology and services to telecom operators around the globe, estimates we’ve hit another milestone in the Internet becoming increasingly mobile. The company claims, based on estimates based on industry information, that the 5 billionth mobile subscription was accounted for on Thursday, July 8.

The 5 billion mark was hit largely thanks to a surge in mobile subscriptions in emerging markets like China and India, the company says. In the year 2000, about 720 million people had mobile subscriptions, less than the amount of users China alone has today, still according to Ericsson.

Mobile broadband subscriptions are growing at similar pace and are expected to amount to more than 3.4 billion by 2015 (from 360 million in 2009).

Furthermore, Ericsson estimates, 2 million mobile subscriptions are added on a daily basis, and the number of 3G subscriptions has now exceeded 500 million worldwide. The company also posits we’ll be at no less than 50 billion connected devices by the year 2020.