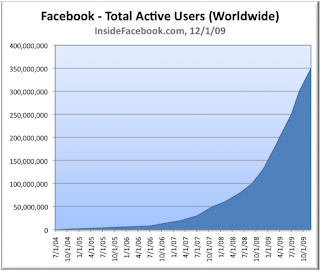 Facebook announced that it has grown to more than 350 million monthly active users worldwide. This is the first official statement the company has made since it reached 300 million users in mid-September. So, by Facebook’s own count, that’s 50 million more users in around two and a half months.